Alexander Billinis' love of Byzantine remnants took him on a journey through southern Italy where he encountered the Griko people, language and culture ...

Greek diasporas have been a constant in Greek history. From the ancient times to more modern eras, Greeks have left their homeland for a long list of reasons. Due to proximity and ties, geographic and political, Italy hosted many diaspora communities. The Greek communities of Salento and Calabria, in southern Italy, are, however, fundamentally different. Greeks settled in southern Italy in ancient times, and their communities remained intact and loyal to the Byzantine emperor until the Arabs evicted Imperial rule from Sicily and the Normans from southern Italy. The last enclave, Bari, fell to the Normans in 1071, and except for a brief occupation of Ancona one hundred years later, Byzantine rule never returned, and southern Italy became, to use the Greek term, a hameni patrida, lost homeland. But not a diaspora.

Seventeen years ago, in August 2000, I arrived in Naples, the Ancient Greek city of Neapolis (New City), directly from Chicago, where I then lived and worked. Having just turned thirty and still single, I had become obsessed with the Byzantine remnants in southern Italy. I get that way sometimes, when a topic or a place absorbs me. My ultimate destination was the heel of Italy, the Salentine Peninsula, where nine villages are collectively known as La Grecia Salentina (Salentine Greece) or in the local dialect, Griko, “ta ennia choria.” Here aspects of the Greek language and culture have survived the centuries. The other Hellenophone area of Italy, La Grecia Bovesia, centred on the Calabrian hill town of Bova, also speaks a version of Griko.

I spent an evening in Naples, where my palette declared itself satisfied with the local pizza and wine taken straight from the barrel, like in Greece. Then, the obligatory evening stroll to a cafe where the doppio espresso predictably did not disappoint. The swarthy Neopolitans, tyrannised by car and scooter, and devotees of the cafe culture, readily resemble Greeks, yet their baroque city recalls little, if anything, of the Balkans. Ancient Greeks may have founded Neapolis, and Byzantium may have held periodic sway, but Naples, in contrast to Venice or points further south, conjures no images of Byzantium or of Greece today.

The next day, I boarded the train, crossing the boot of Italy and the central Apennine Range, bound for the Adriatic port of Bari, an obvious destination for two reasons. First, Byzantium’s political presence in Italy expired here, in 1071, the last outpost to fall to the Normans. Then, there is Saint Nicholas, whose corpse was taken from Asia Minor by Bariot sailors, and now lies in a crypt at San Nicola di Bari Basilica, a lovely Catholic Church in Bari’s old centre. As the patron saint of sailors, St Nicholas and the male and female versions of the name Nicholas are ubiquitous in Greece, and to a lesser extent in other Orthodox countries. In a gratifying show of inter-Christian solidarity, the crypt itself houses an Orthodox chapel, where, when I visited, two Russian monks were deep in prayer, their Slavonic cadences transporting Bari back to the Byzantine bosom, if only in supplication and incense.

Though the crypt and the earthly remains of St Nicholas moved me greatly, generally Bari left me a bit non-plussed. It seemed a typical Mediterranean port, somewhat seedy, with few monuments recalling the particular Byzantine past I sought to find. I needed to head south, into Salento, to find a living link to the Byzantine past and Hellenism in general.

Italians love their cars, and their road builders obviously retain enough of the Roman engineering skill to produce some of the world’s finest highways, the autostrade. This is a complete contrast to Greece, where until recently most roads were oriental tracks. The route from Bari to Lecce, Salento’s baroque ‘capital’ was a brisk one, and merited a stop in the shade of architecture to rival Florence, for one of my beloved espressos. Notwithstanding the moniker ‘Florence of the South’ all of the locals and tourists seemed to be Italians, and they enjoyed their architecture with a relaxed intimacy that, as an American bereft of such monuments at home, I could only envy.

The autostrade runs through the middle of the Italian heel, and only a few signs alert the driver that he is passing through Grecia Salentina, a small oasis of Greek language and culture in the middle of the Salentine Peninsula. Pulling off to one of them, the village of Calimera, I am greeted by the town name and “Kalos Irtet” the local welcome in the Griko dialect. The nine towns of Grecia Salentina, all of which I visited, were part of a larger Greek language area that receded with time, and for the most part the towns, lovely, whitewashed affairs amid olive groves clustered around a baroque church bell tower, all looked the same. The colours were the same as in Greek islands, and even the church towers recalled places in Greece which had experienced Venetian rule, such as Naxos or Corfu. 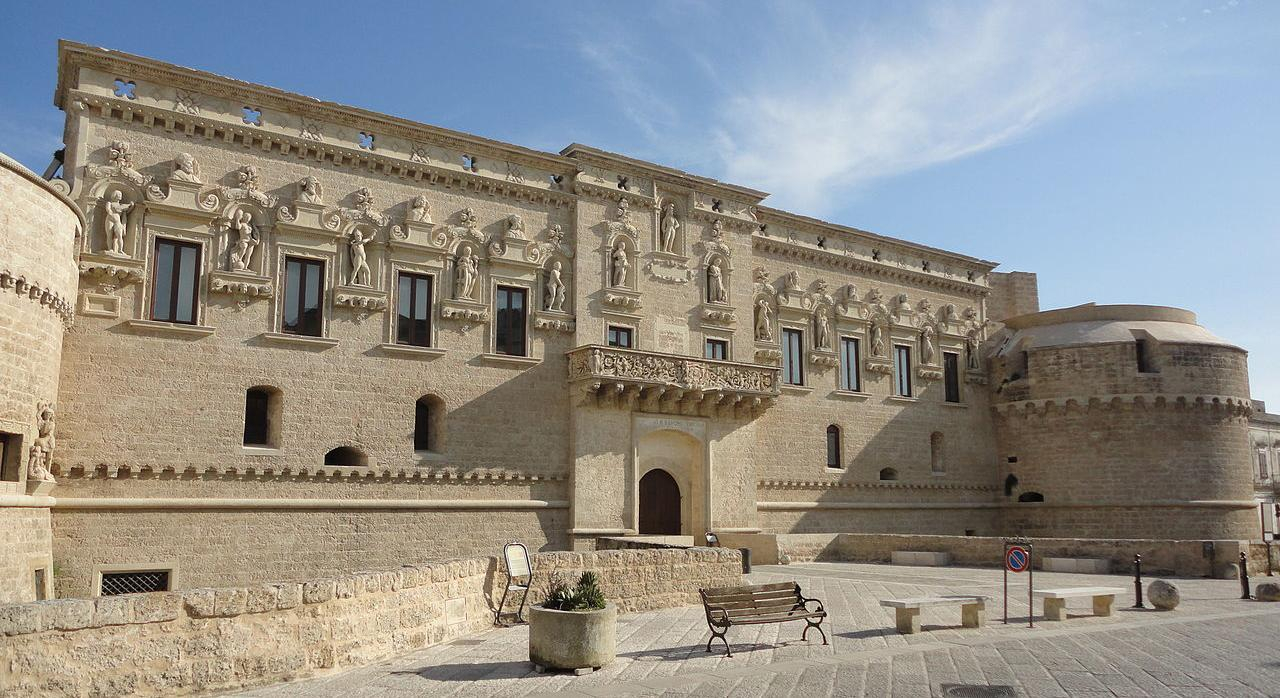 Though there were a few carefully preserved Orthodox chapels dotting the countryside, the functioning churches were all Catholic, and have been for centuries. Orthodoxy faded, by necessity, into the Uniate Doctrine, or Rito Greco, as it is known locally. This rite, using Greek in the liturgy and elements of Orthodox liturgy ended by 1600, to be replaced by standard Roman Catholic liturgy and doctrine. That said, some people have converted to Orthodoxy out of a sense of cultural loyalty, and in Grecia Bovesia, a small proportion of Greek-speakers remain Uniates. Southern Italy also has a large Albanian-speaking population, similar in culture to Greece’s Arvanites, and often they remain staunchly Uniate or Orthodox, and culturally Byzantine. Many came to Italy in the Ottoman era from parts of Greece, and the foustanella is often worn at their celebrations.

Alexander Billinis is a Greek-American who has a lifelong interest in Byzantine history and its continuing, though little known, relevance to today's world. His point of view is greatly influenced by being part of the Diaspora, which makes him both an insider and outsider to the Balkan region where Byzantium's successors experience a rather complicated and frustrating existence. He has lived and worked in Bulgaria, Greece, and Serbia, and has traveled extensively to other countries that have had influence on the Balkans, including Turkey, Italy, Austria, and Hungary. His interest in this area's culture and history is balanced by the calculating analyses of an international banker, his career for more than a dozen years. His work is equal parts history, travelogue, combined with political and economic observation and commentary.A graduate of Georgetown University's School of Foreign Service, Alexander Billinis majored in East European Studies just as the Communist bloc was in the process of dissolution, at a time when history and culture once again emerged over ideology. He followed his studies with a semester at Budapest University of Economic Sciences and an internship in Sofia, Bulgaria. He also earned advanced degrees in international business and law.Working for various global banks took him and his family from Utah, to Chicago, to Athens, and to London. He has written for various Diaspora Greek and Serbian publications in the US, Canada, Greece, and Australia.